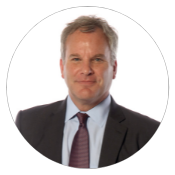 Richard Carty is the General Counsel and Senior Vice-President Human Resources of Empire Life and is Vice President and General Counsel of its parent company, E-L Financial Corporation Limited.

Prior to joining Empire Life in 2007, Richard practiced corporate and commercial law. He is currently a director of Algoma Central Corporation, a public shipping company.

Richard has a Bachelor of Commerce (Honours) from Queen’s University, a Bachelor of Law from the University of Victoria, and a Masters of Business Administration from Imperial College London. He was called to the Ontario bar in 1992.