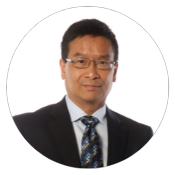 He joined Empire Life in 1997 as Director, Process Design and Improvement, and then became Director, National Marketing. He was appointed Vice-President, Individual Marketing and Service in 2001. Previously, Steve was a senior manager with a major Canadian bank and spent seven years in management positions in the manufacturing and consumer goods industries.

Steve has a Bachelor of Applied Science (Honours) in Mechanical Engineering from the University of Waterloo.