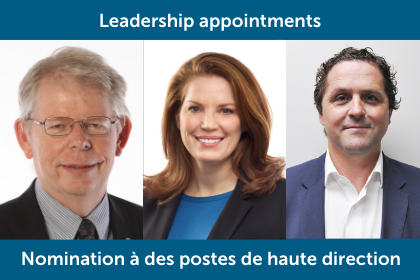 Ms. Rycroft joined the company earlier this year and assumes the CFO role from Mr. Gibson, who has been serving as both Chief Financial Officer and Chief Actuary since 2018.

“Capital management is an increasingly vital part of our business. This appointment recognizes Edward’s exceptional leadership and knowledge in the actuarial, capital preservation and capital growth portfolios,” said Mark Sylvia, President and Chief Executive Officer. “We brought Rebecca to Empire Life with a plan for her to become Chief Financial Officer after a short transition period. Since then, she has demonstrated strong leadership and the depth of knowledge and experience needed to address today’s complex financial reporting and planning challenges.”

About Empire Life
Established in 1923, and a subsidiary of E-L Financial Corporation Limited, Empire Life provides individual and group life and health insurance, investment and retirement products. The company’s mission is to make it simple, fast and easy for Canadians to get the products and services they need to build wealth, generate income, and achieve financial security. As of September 30, 2021, Empire Life had total assets under management of $19 billion. Follow us on social media @EmpireLife or visit empire.ca for more information.